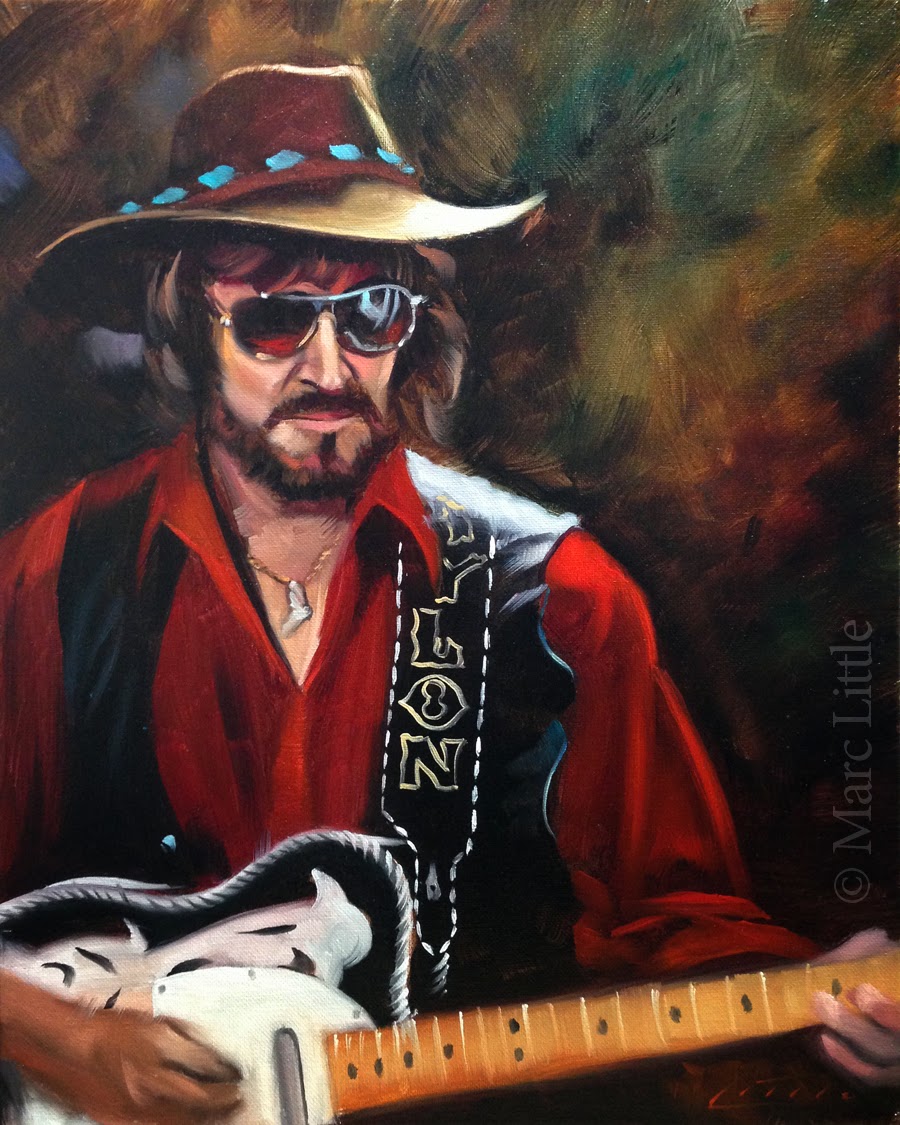 Waylon Arnold Jennings  June 15, 1937 – February 13, 2002) was an American country music singer, songwriter, and musician. Jennings began playing guitar at 8 and began performing at 12 on KVOW radio. He formed a band, The Texas Longhorns. Jennings worked as a D.J. on KVOW, KDAV, KYTI, and KLLL. In 1958, Buddy Holly arranged Jennings's first recording session, of “Jole Blon” and “When Sin Stops (Love Begins).” Holly hired him to play bass. During the “Winter Dance Party Tour,” in Clear Lake, Iowa, Holly chartered a plane to arrive at the next venue. Jennings gave up his seat in the plane to J. P. Richardson, who was suffering from a cold. The flight that carried Holly, Richardson, and Ritchie Valens crashed, on the day later known as The Day the Music Died. Following the accident, Jennings worked as a D.J. in Coolidge, Arizona, and Phoenix. He formed a rockabilly club band, The Waylors. He recorded for independent label Trend Records, A&M Records before succeeding with RCA Victor after achieving creative control of his records.
Posted by Unknown at 08:01